Will Saying “I do” Effect my Insurance Premiums?

Will Saying “I do” Effect my Insurance Premiums? 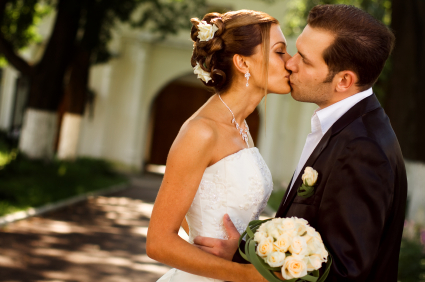 Often lost in the matrimonial bliss is the real world complications that are associated with, as John Wayne would say, hitching your wagon with another’s.  When a couple is united in marriage they bring together two different financial histories, credit scores, bank accounts and driving records that will be linked together for as long as the couple themselves are.  This brings with it the possibility that when a person says “I do” to their loving spouse at marriage they are also saying “bring it on” to their spouse’s ugly driving record.

Many variables account for the wide range of premiums auto insurance companies charge to their customers but one of them is an individual’s driving record.  When a spouse is added to an insurance policy so is their driving record which, if it is poor enough, can raise the happy couple’s premiums.

There is good news though.  Most insurance companies consider matrimony a stabilizing factor in one’s life which will make the persons involved more responsible and will therefore lower premiums for a married couple if other factors, like a poor driving record, do not outweigh the positive.  In fact, newlyweds can use this as one of the ways to leverage a better rate for their conjoined auto insurance by shopping around to other providers and coming back to their original insurance providers with the lowered costs quoted by their competitors.

Other ways to avoid a post-nuptial premium spike include removing excess forms of coverage such as collision coverage or taking advantage of the multiple forms of discounts offered by insurance companies such as the low mileage discount if you know either yourself or your spouse will not be using a lot of miles.

In the end, a potential spouse probably should be shunned due to a poor driving record.  While initially your insurance premiums may rise there are multiple methods that can be exploited to in fact decrease your premiums after marriage.  The best suggestion is to talk with an insurance agent and explore your options.