What to Do After Your Car is Stolen

What to Do After Your Car is Stolen 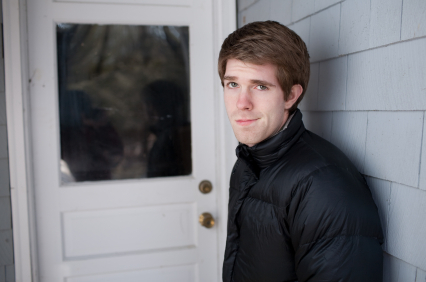 Okay, so your car has been stolen. It’s not where you left it. You went right to where you parked it before, but it’s no longer there. You wonder vaguely if it’s been towed, but that doesn’t make any sense either. You wouldn’t have parked it there if you thought it could have been towed. Now what do you do?

Instead of panicking, yelling, and beating yourself up, get your act together and start working to fix it.

First, make sure that your car is actually gone. Are you positive you parked there? Search the parking lot until you remember clearly where you parked and confirmed that it’s gone.

Second, double check to make sure that nothing has been ordered to be towed from this spot. If you’re in a private parking lot, ask the owner if any cars were towed that day. Local law enforcement will have been involved if a car was legally removed from the street. Contact the right people and ask them about it.

Third, only after you’re sure it’s not where you left it and it wasn’t towed do you call the police. The quicker you report it, the closer the thieves will have to be. Put the cops on their tail as soon as possible. You have a much better chance of catching them then.

Fourth, call OnStar or Lo Jack if you have them. These services can get a fix on your cars location or shut it down. They would be your best resource to locating it quickly. You might even be able to coordinate with the police so you can catch the thieves.

Fifth, ask nearby people if they saw anything. It never hurts to ask.

Sixth, throw your keys on the ground and stamp around a bit. You’ve gotten the time sensitive things out of the way and have the wheels in motion to recovering it. You can let your emotion out a bit and fully take in the gravity of the situation.

Seventh, pick up your keys and call your insurance company. Tell them what happened to get them working. Their help will take some time to come through. You don’t have time to wait to tell them.

Eighth, as the investigation continues, look for it being sold online. Thieves want to get rid of that thing ASAP. You might just find it on Craig’s list.

Finally, start thinking about replacements and learn your lesson. Figure out how they got your car and avoid either (a) buying a similar car, or (b) leaving it as unprotected as you did before.

These things happen. Take the right steps to fix the problem.

There are no comments yet.